Even with the constraints of social distancing, we can still come together to share in the magic and ruach of the 2020 Festival! With the ingenuity, agility and resilience Israel is known for, your Chicago Festival of Israeli Cinema has made it possible to shelter at home and stream a unique, curated-just-for-you Festival, MAY 17-26, 2020. You may access each title as often as you like over the 10 days of the Festival, on any device—TV, computer, tablet or phone.

Gift options—for friends and family all over the U.S. are also available. See below.
WATCH HOW-TO VIDEOS TO GET STARTED.
—–
The CFIC is a 501c3 nonprofit organization. With the purchase of a $72* Festival subscription, your household will have complete access to ALL 10 titles–including two TV series to watch any time over 10 days, May 17-26, on any ﻿home device of your choosing.

With the gift of a $72* Festival subscription, your friends or family members anywhere in the U.S. will have complete access to ALL 10 titles–including two TV series to watch any time over 10 days, May 17-26, on any ﻿home device of their choosing.

* In honor of Israel’s quadruple CHAI birthday this month

PURCHASE A TV SERIES ONLY PASS With the purchase of a $36 TV Series Pass, you and your household will be able to stream TWO award-winning TV SERIES only. Muna has 8 30-minute episodes. Your Honor (Kvodo) has twelve 36-minute episodes. Watch them over 10 days, May 17-26, on any home device of your choosing.
—–
Muna
Muna, an Israeli-Arab photographer from Tel Aviv, is putting together an exhibition of her work. The exhibition will take place in Paris and be sponsored by the Israeli government. Her Arab critics argue that this exhibition is an attempt to cover-up for the discriminating Israeli establishment, and her Jewish critics refuse to accept her as their representative. Simultaneously, her new and complicated relationship with Yaniv, a Jewish news producer, is being put to the test ever so intensely against her family and the village she grew up in.

Your Honor (Kvodo)
This dark, gripping, and morally complex drama, tells the story of a brilliant judge, Micha Alkoby, who is heading down a promising path. That is, until his teenage son, Shai, is involved in a hit-and-run, in which he is the guilty party. Just as Micha is about to turn Shai in, he learns the victim is a member of a crime family, the kind that runs its own system of justice. The once honest judge is forced to shed his morals in order to protect his son, and proves without a doubt, that even the most honorable men will bend and break when faced with death and despair.

With the purchase of a $36 TV Series Gift Pass, your friends and family members anywhere in the U.S. will be able to stream the TWO award-winning TV SERIES, above, over 10 days, May 17-26, on any home device of their choosing.
—–
Based on our exclusive agreement with our distributors, the number of subscriptions on our proprietary Chicago Festival of Israeli Cinema Channel will be limited, so you won’t want to miss out!

A Matter of Size A hilarious and heart-warming tale about a coming out of a different kind: four overweight guys who learn to love themselves through the Japanese sport of sumo wrestling. Herzl (Itzik Cohen) has been struggling with his weight ever since he was young, and his overbearing mother made it no easier on him. His friends Aharon and Gidi struggle with the issue of weight in their personal lives as well, so when Herzl is introduced to sumo at his job at a Japanese restaurant, all are open to a sport where large people are honored and appreciated. However, Herzl’s dedication to this demanding men-only sport threatens his budding relationship with Zehava, a plus-size social worker.

Born in Jerusalem and Still Alive When he isn’t taking care of his elderly father, Jerusalem native and lifelong resident Ronen offers free guided tours of famous terror attack sites from the 1990s and 2000s along Jaffa Road. During one of his tours, he meets Asia, and ex-Jerusalemite who moved to Barcelona. Struck by her thirst for life, he falls in love with her, but is he ready to heal from the emotional trauma of his youth?

Children of the Sun A group of men and women, born in the mid-1930s, talk about being raised on kibbutzim. They were to become the new Zionists—social equals, strong of body and spirit, communal dwellers with little personal ownership and a keen group consciousness. Interspersing recent interviews with rare archival footage and amateur films shot over 40 years, director Tal weaves a complex tapestry of their lives—from early separation from their parents, to pre-teen and young adult camaraderie, to voices of experience reflecting on the experiment of which they were a part.

From Slavery to Freedom No single person symbolizes Refuseniks, Soviet Jews who fought against anti-Semitism and for their freedom, more than Natan Sharansky. From Slavery to Freedom follows this human rights activist/author/politician/Jewish Agency leader/Israeli Prize Laureate/ 2020 Genesis Prize Winner and recipient of the U.S. Presidential Medal of Freedom from 1977—when he was arrested on charges of spying for the U.S., treason and anti-Soviet agitation—through his nine years in a Soviet prison (much in solitary confinement) and ultimate release (with a global campaign led by his wife Avital) which paved the way for all Soviet Jews. The film crew, which gained permission from Moscow to film in sensitive locations, was accompanied by Sharansky as they delved into era where there was an overwhelming sense of fear and insecurity in the face of the system.

God of the Piano 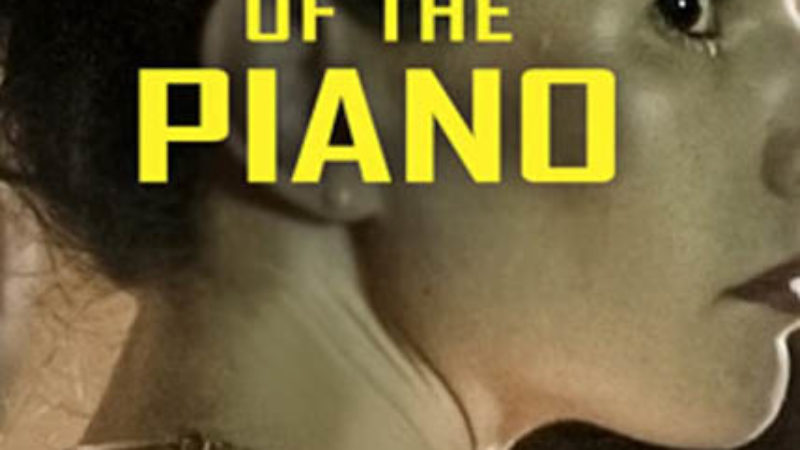 Anat has never been able to reach her father’s exacting musical standards, and now her family’s hope of producing a musical prodigy rests on her unborn son. When the baby is born deaf, she cannot accept it and resorts to extreme measures to ensure that her child will be the composer that her father always wanted. But when the boy grows up indifferent to his destiny as a great pianist, Anat will have to stand up to her father—and her own actions. 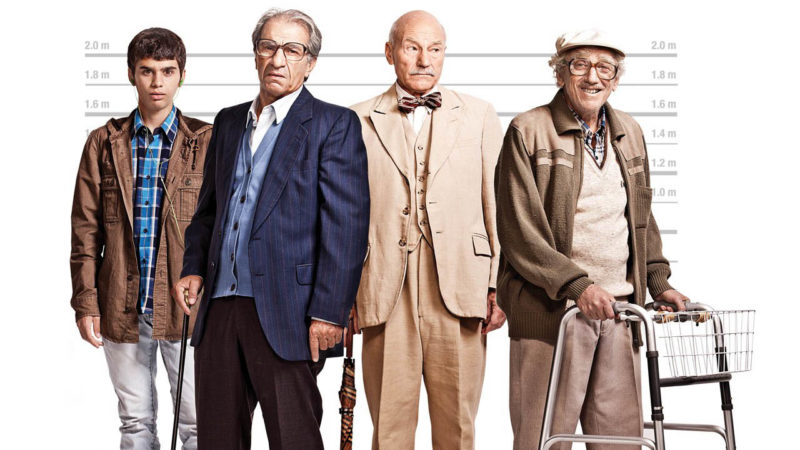 Jonathan is a boy genius with limited social skills. When his dad dies suddenly, he and his grandfather, Elijah, hatch a plan to rob the bank that has refused to pay Jonathan’s mother any compensation. Joining them are Elijah’s longtime friend Nick, and Jonathan’s uncle, Lord Michael Simpson, an Englishman and a frustrated Shakespearean actor. 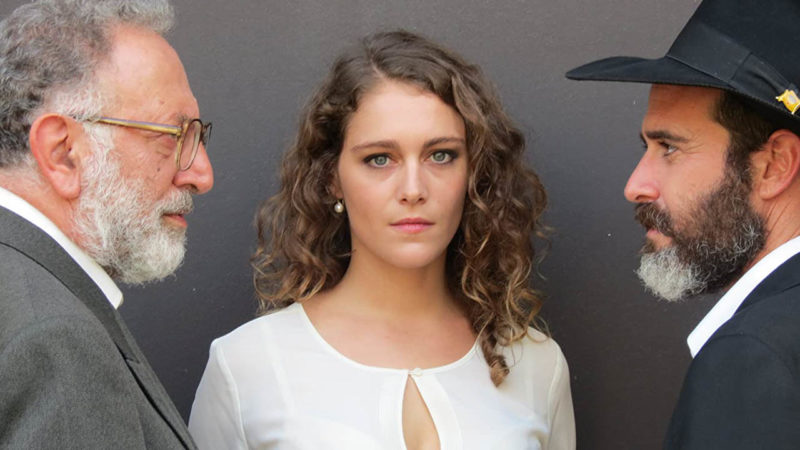 A 78-year-old Greek-Israeli Holocaust survivor and his Hasidic rapper son, estranged for many years, embark on a road trip from Israel to Greece searching for an old magician who taught the father magic and saved his life during the Shoah. 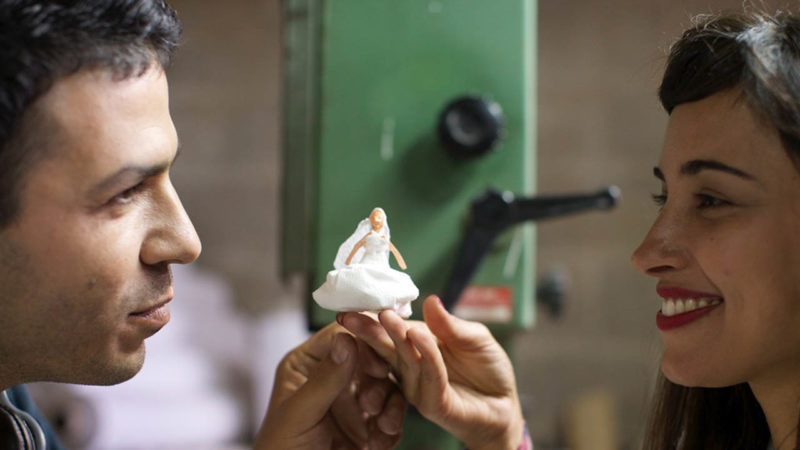 With the magnificent Ramon Crater in the Negev as a backdrop, a fiercely independent mentally challenged young woman dreams of marrying the son of the owner of the toilet-paper factory where she works, while her single mom attempts to protect her from the harsh realities of life. 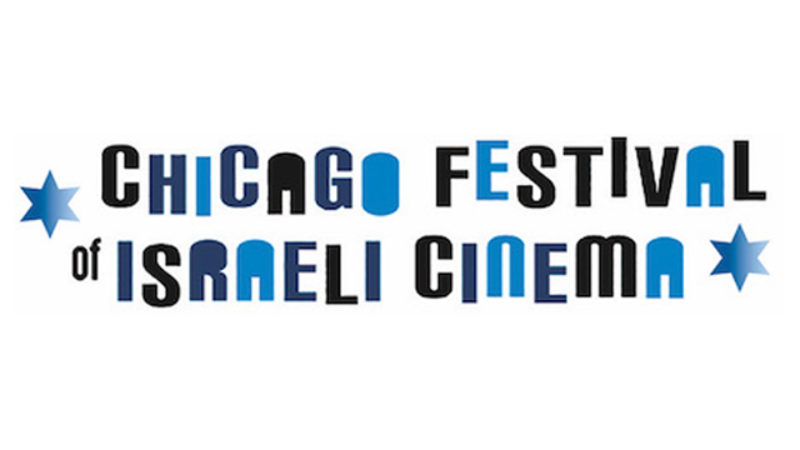 With the purchase of a $12 Gift Ticket, your friends and family members anywhere in the U.S. can stream one of eight carefully curated feature films, over 10 days, May 17-26, on any home device of their choosing.
—–
PLEASE NOTE: This ticket does not include either TV series, above.