Synopsis: Trish and Laura are sisters who, on the surface, could not be more different. Trish, escaping an abusive marriage, is faced with rebuilding her life at 40, while Laura appears to have it all together. Yet, behind closed doors, they have more in common than they realize. As each sister finds the fortitude to move forward, it becomes apparent that sometimes strength comes from letting go to keep from falling apart.

“It’s nothing. Really. Never mind.” As humans, we’re very well-schooled in the art of invalidating our own feelings and the art of seeking validation from others, especially family. That singular phrase, “it’s nothing,” sums up everything and nothing we feel all at once. We say it when we’re feeling the most vulnerable, yet that simple phrase stops us from revealing those feelings and asking for help.

I’m continually interested in stories of isolation, especially those of our own making. Self-doubt, competitive nature, and our need for perfection creates a distance between ourselves and those we love. I was immediately drawn to the sisters in this story, recognizing that at face value they seem so different, but at their heart, they’re the same – struggling with relationships, needing to be strong, needing to be seen. It’s in those struggles that we see their love for each other. It is a love that plays out in so many forms, but at the root of all their actions, is a bond fueled by that fierce love for each other.

Not Nothing, at its core, is about family, relationships, and the strength of love in the most necessary of moments. So, I approached this story emotionally. We shot completely hand held to allow the camera to feel all that our characters were feeling and give the audience a fly-on-the-wall perspective to some very intimate moments. I worked with our DP, Drew Ganyer, to establish a clear visual language throughout the film. When filming the sisters we always used an over-the-shoulder single shot to give that sense of togetherness, as opposed to when we shot with other characters, we used clean singles. I wanted the sisters to constantly be in frame together so that at the point of their relationship breakdown the viewer would feel something was missing, in the same way the sisters felt more alone than ever.

I feel strongly that this story of two 40-something sisters and their strong bond is one that isn’t being told in mainstream media. It is a story that will resonate with sisters, brothers, and friends and deserves to be told. It’s Not Nothing, it’s everything. 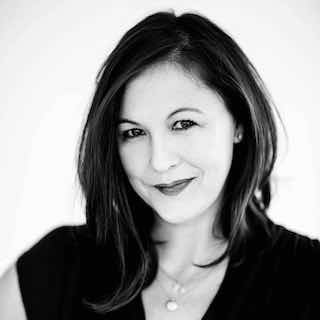 Kerith Lemon is an American writer, director, and creator with rich experience in multi-platform storytelling and creative narratives. Driven by her passion for stories that emotionally connect, Lemon is drawn to narratives that elevate women, mirror societal complications and create dialogues amongst a broad audience. Her directorial debut, A Social Life, premiered at the Canberra International Short Film Festival, where it was awarded the prize for Best International Actor and most recently has won Best Ladies First Short at the Lady Filmmakers Festival in Los Angeles and Best Short Film at the Monarch Film Festival in Pacific Grove, CA. It will continue to screen at film festivals throughout 2016. Lemon’s production company currently has multiple feature films in development.

Lemon has worked as a programming and production executive at CBS Radio, Nickelodeon and MTV Games and most recently the OWN Network, where, as Vice President of Digital Video, she created and directed a full slate of original digital series for the networks digital platforms. She’s worked with top brands at MTV Network such as P&G, Subway, Cisco, Harrah’s Entertainment, Truth (anti-tobacco campaign), created and directed over 1,000 videos for OWN Digital and produced the feature films, Blaze You Out (2013, Lionsgate/Grindstone) and It’s Not You It’s Me (2013, Independent). Her work has been recognized with the Jack Meyer Media Innovation & Creativity Award (Gold Winner) and the PMA Reggie for Outstanding Digital Promotion (Gold Winner) and was a finalist NAMIC Vision Award for Digital, Cynopsis Model D Awards and Imagen Awards.