Synopsis: A dark comedy musical following a young woman who descends from an evil dynasty, the Dottington family, and how she discovers her purpose in the world they’ve designed for her. Once true adulthood is reached, all family members partake in a mandatory DNA test administered by the family doctor to make sure their genes are 100% pure…evil, then they must choose an evil career path. As tried and true as Ampersand’s attempts to express her evilness out in the world, such efforts backfire in a most disappointing way and the truth of herself may not be inline with the family’s agenda after all.

Bunny In A Bathtub Productions

Originally planning to enter a simple web series pilot with a cafe scene, prompted by her friend and fellow 2018 AT&T Create-a-thon contestant, Anastasia Washington, in the end chose to submit quite the ambitious project, a dark comedy musical period piece set in 1959! Once I learned of my advancement in the contest I had about a week and a half to compose and record all the music for the film! Not to mention wear all the producer, director, assistant editor, writer, set designer, and choreographer hats as well. It is truly a miracle this project came to completion on time and within grueling contest guidelines. Two weeks of beautiful madness submerged in the creative process full of technical glitchy bumps in the road–and I enjoyed every minute of it–none of which I could have endured without my amazing crew and help from unexpected places, such as Lady Filmmakers and their Script To Screen program, Hollywood Depot Rental, and former neighbors James and Corrine Brewser who, thanks to their old furniture and belongings, completely outfitted my Doctor’s office scene the day before shooting it! Magic does happen in filmmaking!

San Francisco native, Regina Melzer, has been in a creative whirlwind since she became a 2018 Lady Filmmakers Script2Screen recipient. The program helped turn her Untitled Serial Killer Musical script into the short film: The Clash Of Ms. Ampersand Dottington’s Dubious DNA. Then she was invited to advance as a first round contestant in the 2018 AT&T Create-a-thon. Pushed by the contest to shoot her short script, she was given the opportunity to film some scenes on the historical Warner Brothers lot in Burbank, CA. It then became an Official Selection in the 10th Annual Ladyfilmmakers Film Festival and in the 2019 Jelly Fest Film festival. She has gone on to make 2 web series, Steffy & Roxy and A Stuart & Rebecca Pandemic as well as another short indie comedy Sotto Vocce which is still amidst a successful film festival circuit run.

Mendocino Highschool alumnus and proud graduate of UCLA’s English Literature program, Regina focused in Shakespeare studies. Post-collegiate learning has included training at Upright Citizens Brigade (UCB), Hey I Saw Your Commercial! with Mike Pointer, and Audition Technique at Matthew Barry Teaches.
Back when Regina was 8 years old, she had the privilege to start her improv training with the likes of Jim Cranna (a member of Del Close’s group “The Committee”), and others (who regularly performed improv shows with Robin Williams). Regina continues to stretch her chops at the Annie Grindlay Studio and is currently enrolled in Basic at The Groundlings.

When not acting, writing, and filmmaking, Regina spends her time traveling, karaoke singing, driving her 1979 VW bus up and down the California coast and most recently riding her vespa around town! That’s right folks—she’s a girl-on-a-vespa-or-in-a-vw-bus-about-town!

She is a proud graduate of UCLA’s English Literature program where she focused on Shakespeare studies. Post-collegiate learning, Regina trained at Upright Citizens Brigade, Hey I Saw Your Commerical! with Mike Pointer, and Audition Technique at Matthew Barry Teaches.

Regina continues to stretch her chops at The Groundlings, currently enrolled in Basic. But her training all started in improv workshop at 8 years young with the likes of Jim Cranna (a member of Del Close’s group “The Committee”), and his comrades (who regularly performed with Robin Williams).

When not acting, writing and filmmaking, Regina spends her time traveling, karaoke singing, and driving her 1979 VW Bus up and down the California coast! 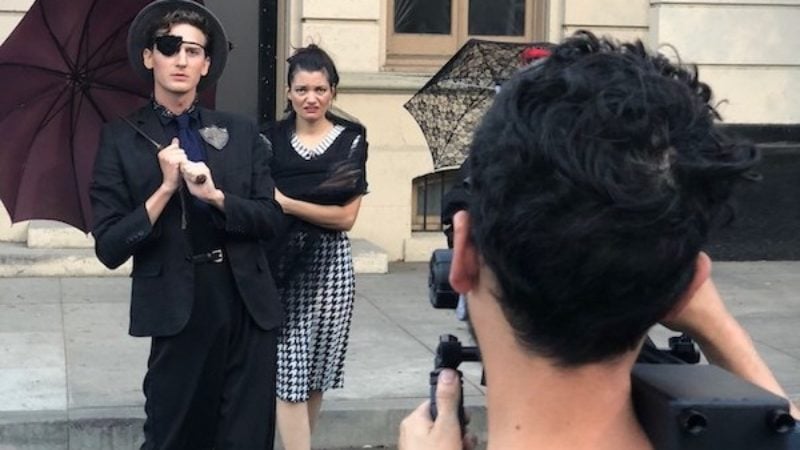 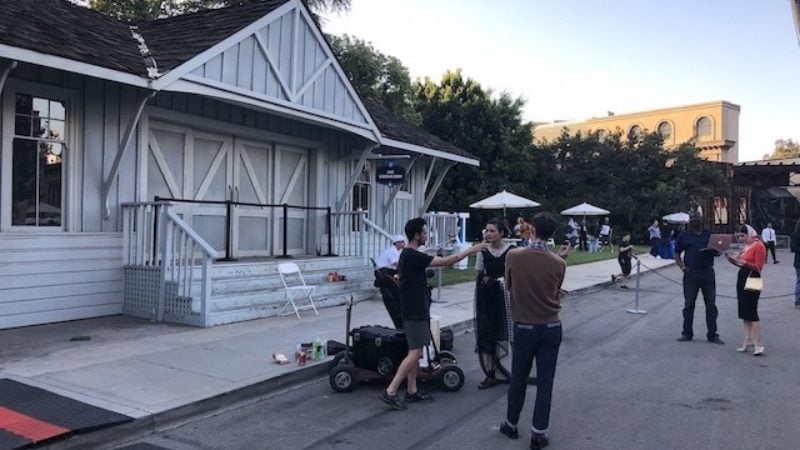