Synopsis: A GOP congressman-turned right wing shock jock; a rising star in the Young Republican party; a party-loyal “Reagan Republican” Ohio farmer; a US Army Veteran & hardcore ‘MAGA’ internet troll; a recent graduate of Liberty University, and a devoutly evangelical couple all recount their evolutions from Trump supporters in 2016 to adamant adversaries in 2020. The film takes a deep dive into their motives for voting, their doubts, regrets, and the moments of epiphany that changed their minds, while experts on cult behavior, political rhetoric, national security, cyber espionage and viral pandemic threats lend crucial context in illuminating how the MAGA phenomenon stated, and perhaps even how it can be stopped.

In early 2020, as the US presidential election loomed, I felt driven to use the skill set I’ve honed from 30 plus years in documentary/non fiction film & TV to do my part to prevent what I personally perceived to be a nation sliding into populism and autocracy. I knew from personal experience there were Trump supporters who secretly felt critical about him, but they were so deeply enmeshed in communities of other supporters and trapped inside a conservative media funnel that they’d never explore any doubts they might have on their own. My idea was to try and reach them through empathy – through the stories of others who had the same doubts, plus the courage to speak up and change. I hoped those stories would give at least some doubters permission to follow their consciences and common sense and stand up against the tide sweeping them out to the MAGA sea.

This was a labor of love funded by me personally as well as Ovington Avenue, the production company my filmmaker husband and I share. An additional smaller amount was raised via a PAC, American Dignity, that producer Mary Kerry Craven, Executive Producer/Composer Dirk Schwenck and I formed to process (very) small donations by like-minded people. We couldn’t have done it without generous volunteer and deferral efforts by both talented professionals who believed strongly in this vision, and inexperienced “amateurs” who were ready to dive in and learn hands-on. When the pandemic hit and America locked down, we had to think outside the box, creating methods of shooting virtually and using assets like Donnie Gillespie’s original animation to fill in for what we couldn’t do in the field. In spite of all these obstacles, I am incredibly proud of our team and our resulting film, which I believe will be especially important as we get closer to November 2022. 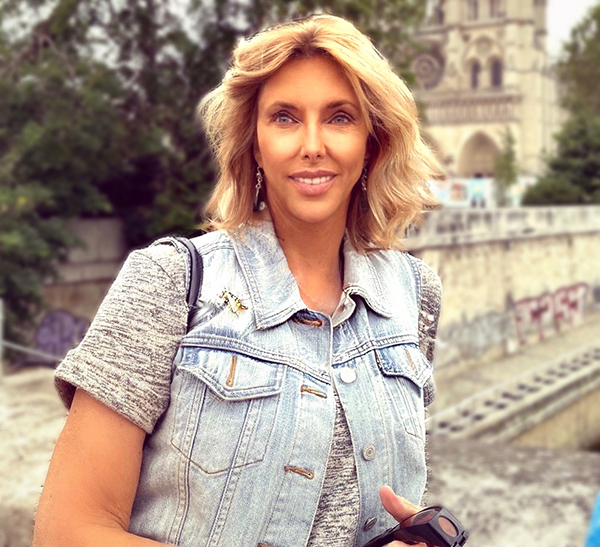 A two-time Emmy Award-winning director, writer and producer, Ms. Peltier won her first Emmy for educational programming at the age of 23. Since then, she has accumulated over 50 national and international awards and accolades for her work as a producer, writer and editor. She was director and co-writer (with her mentor, Oscar and 16x Emmy Award winner Arnold Shapiro) of the primetime documentary special, “Scared Silent: Exposing and Ending Child Abuse”, hosted by Oprah Winfrey. This multi-network simulcast was hailed at the time as television’s most watched documentary ever, and earned Ms. Peltier the coveted Humanitas Prize among many other awards. Following was the Peabody Award-winning “Break the Silence: Kids Against Child Abuse”. In 1994, she was producer-director-writer of A&E’s four-hour mini-series “Titanic: Death of a Dream” and “Titanic: The Legend Lives On”, then the network’s highest-rated programs ever, winning her two National Emmy Awards…and still referenced by historians as the quintessential account of that disaster. Four Writer’s Guild of America nominations for documentary writing followed, as well as five more primetime Emmy Nominations as an Executive Producer of National Geographic Channel’s “Dog Whisperer with Cesar Millan”, a 2010 People’s Choice Award winner. From 1996-2010, Peltier was a partner and co-founder of MPH Entertainment, which created and produced over 350 hours of award-winning, original documentary and reality television programming, of which she produced, wrote or directed hundreds of hours, including the award-winning, original series “Sea Tales” and the mini-series “Founding Fathers”,“Founding Brothers” ,“History of Sex”, “Palm Beach: Money Power & Privelege” for A&E and the History Channel.

Peltier’s dramatic TV and film credits include writing the Lifetime movie “Nightwaves”; and “The Collector”, for the hit CBS series, “Ghost Whisperer”. With her MPH partners, she served as an executive producer of the comedy film “Men Seeking Women” (starring Will Ferrell) and as co-executive producer of the most beloved and profitable independent film of all time, “My Big Fat Greek Wedding.” She produced and was second-unit director of the multi-festival-winning indie feature, “White Irish Drinkers”, for Ovington Avenue Productions, of which she is also a principal with her husband, multi-award-winning feature and TV writer/director, John Gray. In 2018 & 2019, she produced four award-winning dramatic shorts with Gray which are now on the international festival. circuit: “The Desecrated” and “Extra Innings”, “Household Demons” and “Exit Package.”

Recently, Peltier has been a sought-after behind-the-scenes as well as credited consultant for numerous documentary projects. She was producer for the 2014 award-winning Ukrainian documentary, “Notes From a Revolution”; co-producer for the festival darling, “Look At Us Now, Mother”, and post production consultant on the critically acclaimed Jen Senko documentary “The Brainwashing of My Dad.” She authored the darkly comic Hollywood novel, “Reality Boulevard” (a Kirkus Review “Best Indie 2013” choice) and is the co-author of eight non-fiction works: including five Random House books with ‘Dog Whisperer’ Cesar Millan, all of which were New York Times Best Sellers. The first, “Cesar’s Way”, stayed number one for 11 weeks and has sold over a million copies worldwide.

Despite her long history in television and film, “The Game Is Up” is Peltier’s first solo feature-length documentary.