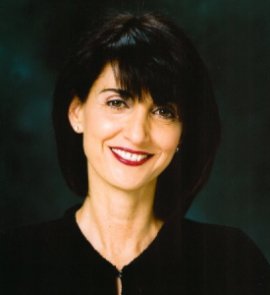 Ruth Vitale has been at the forefront of independent film production and distribution for more than three decades, including as Founder and Co-President of Paramount Classics and as President of Fine Line Features. Ms. Vitale currently serves as the Executive Director of Creative Future.

During her tenure at these companies, she launched the careers of many successful filmmakers such as Paul Greengrass, Sofia Coppola, Scott Hicks, John Hillcoat, and Craig Brewer. She has also worked with established talent such as Sam Raimi, Roger Michell, Jonathan Demme, Paul W.S. Anderson, Patrice Leconte, and Barbet Schroeder. Her films have won three Oscars and received 16 nominations as well as 18 Golden Globe nominations and two wins.

At Paramount Classics, she released such award-winning films as The Virgin Suicides, Sunshine, You Can Count on Me, Sidewalks of New York, Bloody Sunday, Mostly Martha, The Singing Detective, Enduring Love, The Machinist, Mad Hot Ballroom, and Hustle & Flow.

Ruth also served as President of UBU Productions’ feature film division from 1988 to 1991. Among other positions, she was Senior Vice President of Production for United Artists, where she oversaw production on Child’s Play, I’m Gonna Git You Sucka, and Roadhouse. As President of Production for Vestron Pictures, she broke ground with the highest-grossing independent film of the time, Dirty Dancing. She was also Director of Acquisitions for The Movie Channel. Most recently, Ruth was President of First Look Pictures and the owner of The Film Collective, a consultancy business that helps financiers and companies with the strategic planning for their films in the worldwide marketplace from development and production through distribution.

Ruth is a member of the Academy of Motion Picture Arts & Sciences.