Synopsis: Directed by Sara Bonaventura, debut doc in collaboration with Raintree Foundation and funded by a successful Kickstarter campaign, Forest Hymn for Little Girls invites you to follow the exploits and daring struggles of young girls under the age of six as they take to the woodland. From winter-bundled toddling hikes to free-for-all frolics up a mud-thick hill, we’ll get an intimate glimpse of where children play and what they do when given free rein in the wilds of nature. This documentary will remind the world of the power of wild spaces in young girls’ lives and the role of wild spaces in guiding young girls to be proactive citizens in healthy communities. It is a community based project entirely funded through a kickstarter campaign. With a micro budget of less than $20k we independently produced a little documentary, approaching very actual topics related to gender, sustainability, pedagogy, with an intersectional approach; the cast is all female, the director and the crew as well, so the producer, the fellow animator, the musicians that scored the movie. Children are the protagonist, together with the woodland.
This doc is not about the children, it is for them.

I am a visual artist and my works are experimental and hermetic or opaque. For my first feature length film, I wanted to plumb the uncanny in a different way. This documentary is stylistically very different from my previous artworks, especially for its intentional semantic transparency. I wanted to reach a different audience and a a wider one, but still avoiding a commercial approach.

I also work as educator, I have been teaching visual arts for years, to different grades, also to little ones within the world-renowned Reggio Approach. I believe in radical education. My job and my social commitment are for the first time powerfully intertwined in my artistic effort. I think I have an ability to empathize and sympathize with children. I feel intimately connected with the post-feminist subject of the documentary, but I also wanted to convey it through a process of community banking. It is my background with a focus on visual culture and gender studies, that lead us to a form of storytelling in which the girl-child body is the co-protagonist, along with the forest. I have tried to play with ways of connecting structure (the verbalized, the analytical) and texture (the bodily expressed).

Outdoor learning is a broad concept that has no rigid boundary. A common core of Forest Schools is that it is inquiry based and each child leads the process with no prescribed goal or hierarchy set by adults. There is a rich affinity within the idea of documentary as experimental, evolving and cross-boundary practice. and I tried to work phenomenologically, letting something coming to me, rather than directing it, trying to keep it open rather than looking for something.

Forest Hymn is not the telling of a story, but perhaps it is weaving together many tales from before to now and into the beyond. It describes girls and a forest, each inhabiting their own space and each other through their actions. It is the universal story of the double bind between the organism and the environment; but it also a very specific tale as the ecological aesthetics has been driven by a specific choice: sharing the perspective of children and the aesthetics of learning.

Taking a page from the girls, I pursued a conveyance of a sort of joie de vivre, a sense of jouissance that is lost for many nowadays. The closing scenes of the documentary emphasize enthusiasm and joy as apposed to the harsh beginning of a dead deer. It is almost a classic happy ending, not so common in today’s cinema, against the biting lyrics of the closing songs. It is not a denial of reality, but the invitation to naivite; asking us all to keep ourselves open to pursuit the most creative of solutions to our everyday, epic challenges.

As a community supported Kickstarter funded project, we could not afford to hire a DOP within our tight micro budget. But having no crew was also deliberate, trying to be as little intrusive as possible. The locations were challenging with each season presenting new struggles to consider when filming. Following the girls in the wild was a psycho-emotional and physical effort that put me in filming conditions I have never felt before: trying to keep the camera low at the height of the girls, running to keep up with the zipping and zagging of young children, jumping, squatting, and crawling up muddy slopes with ticks and poison ivy, falling against and off of slippery boulders in the rain, and navigating uneven ground with my eye at the camera. Teaching suggested me to film with a low angle, from a child perspective, observing details or watching the sky… how much sky above the forest I discovered with them! The only time lapse, when springtime is about to come, is a celebration of that sky.

At the very beginning I wanted to make something visually more experimental, i.e. using GoPros mounted on the little girls. We tried it in a few first sessions, but I realized there was no need to add a GoPro look. I thought it could convey a more neutral gaze. On the contrary, it got far from that idea of legibility and transparency I had in mind. Then we know that the camera is never innocent, nor the editing. So I became aware that my big challenge was to become invisible, a difficult aim with young children. The girls had to feel that no one was watching. It took time to build confidence and trust, and it took time to achieve a level of invisibility, moving between moments of closeness and moments of distance, going close to give insights of specific dynamics and opening up to the wide perspective again. Becoming part of their community, being hosted by their families, spending all my time with them, gradually made my presence more familiar and less extraordinary.

For this film, I reveal each girl as protagonist. I believe the gender question as very topical, not only within the realms of pedagogy and education, but far beyond. And I am a woman, my body is feminine, so must be my eyes. I feel committed, driven by a mix of advocacy and personal history. I am from Southern Europe where the concept of wildlands itself cannot be really translated. Our environment is connoted by layers and layers of anthropic modifications. I am fascinated by more pristine lands, by the forest, by the unknown. I think we need to cross frontiers and embrace otherness, to get to know ourselves deeply and bring new biodiversity in our own biome.

With this philosophy, our documentary deals with environmental, educational and gender issues with an intersectional approach. The subject is political, although there are no political slogans or mottos here, but imagination, which is a political choice indeed. A wild, raw, unruly, uncanny, vivid, passionate and unpredictable imagination, triggered by this emotional landscape of wildness, can still move the world. 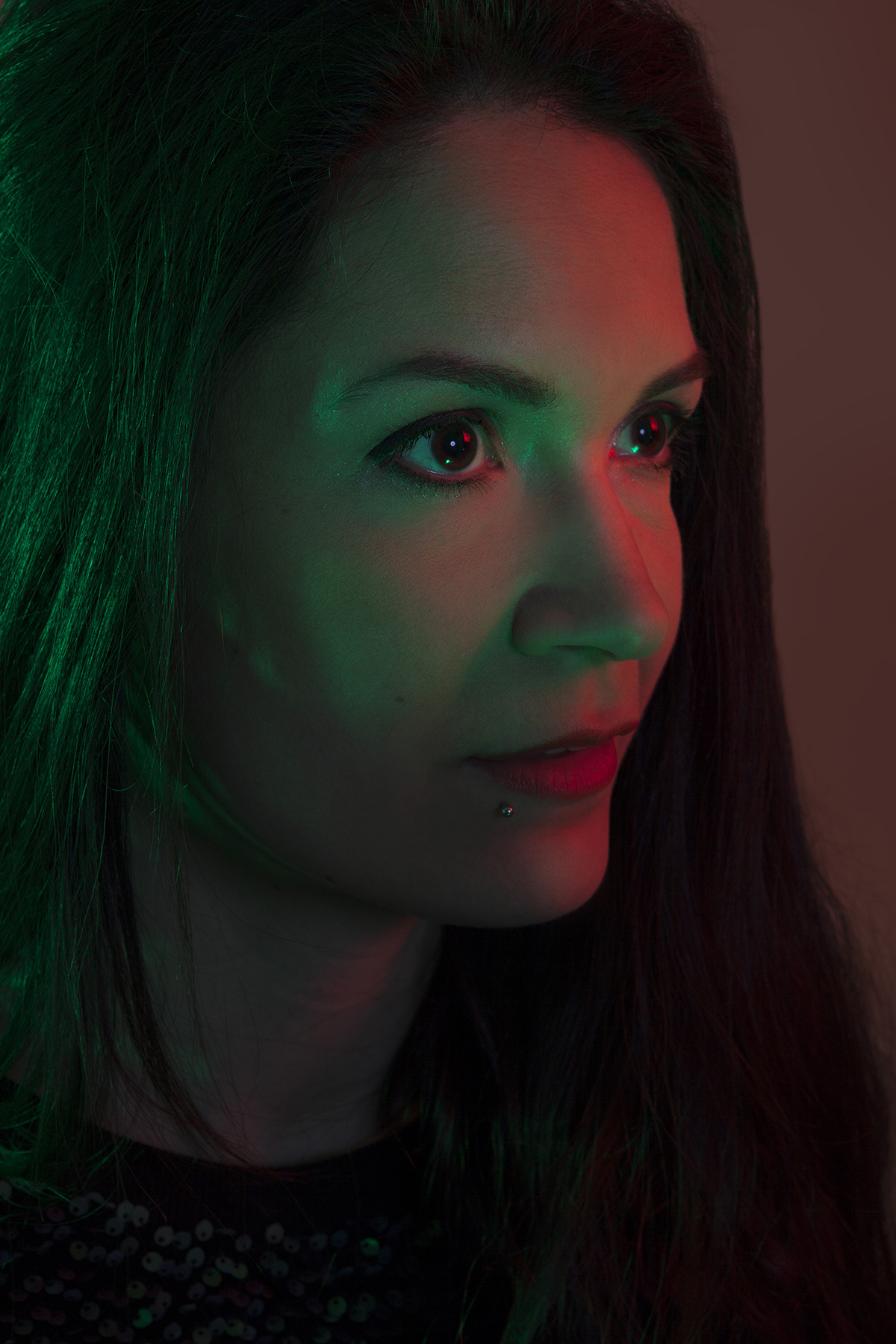 Sara Bonaventura (1982) is an Italian visual artist and educator.
She works at the intersection between visual and media arts, lens based media and new media. As independent videographer she has been collaborating with performers and musicians, directing clips, ads, curating visuals.
Her video works have been screened worldwide; at the NYC Anthology Film Archives, the San Francisco Independent Short Film Festival, the Ann Arbor Film Festival, the Asolo Art Film Festival, at Studio 303 for the Montreal Nuit Blanche, the Miami New Media Festival, the Athens Digital Arts Festival, at Rome MACRO Museum, the Cinemateca do MAM in Rio for Dobra Festival, the MOMus in Thessaloniki for Videolands curated by Miden Festival, the itinerant Time is Love screening curated by Kisito Assangni, the Mexico City CODEC festival, Other Cinema at San Francisco ATA Gallery, the LA Echo Park Film Center, the Boston Cyber Arts Gallery and more.
She won the Veneto Region Award at the 10th Lago Film Fest and a merit for the 2019 Sino per NIIO Illumination Art Prizes, with one of her work displayed in one of the world biggest public screen in Hong Kong; she has been selected for several residencies, i.e. in 2016 by Joan Jonas at Fundacion Botin (Santander, Spain). Recently selected for the ISEA 2019, the International Symposium for Electronic Arts, in Gwangju, South Korea.

No adults appear in the film. This mimics the real-life experience offered at forest schools. - Terri Waters, https://terrain-mag.com/connecting-girls-with-nature/

You couldn’t fit all these lessons in a textbook chapter. - Jeannette Cooperman, https://www.stlmag.com/family/italian-videographer-sara-bonaventura-captures-children-s-im/

In the open air, the film aims to tell the experiences of ten girls under six in a forest... showing their authentic language, their approach to the world, their desire to experiment. - Valentina Tanni, https://www.artribune.com/television/2016/11/video-forest-hymn-for-little-girls-documentario-bambini-natura/

The camera lens follows intrepid girls, aged 2 to 5, their adventures in the thickets of the woods and their tender drawings. - Roberta Zeta, https://www.picamemag.com/tag/forest-hymns-for-little-girls/