Synopsis: Two-time Australian Flyweight champion, Bianca ‘Bam Bam’ Elmir aims to be the first Australian to win a World Amateur Boxing Championship. A Lebanese Muslim girl from suburban Australia, she smashes the stereotypes of her family, society and her sport, to prove she is the best in the world. In the wake of a twelve-month drug ban, a series of critical misses, and a rocky relationship with her sports federation, ‘Bam Bam’ has a point to prove. The World Amateur Boxing Championships are on the horizon, and she is back to win gold.

I began working on this project in 2014 after reading an article in the newspaper about Bianca ‘Bam Bam’ Elmir an Australian Amateur Boxer, and her training of Islamic women in self-defense. Work began on the project initially as just myself, the director, following around our protagonist, ‘Bam Bam’ in her daily life, documenting her boxing pursuits and her dream to change the world in the process. An honest and open relationship quickly developed between myself and Bianca, allowing unfettered access into her inner thinking and journey.

This candid bio-pic is a deeply personal exploration of the many facets to ‘Bam Bam’, her boxing, her identity, her family and her journey towards both self-acceptance and self-empowerment through a series of wins and losses in the boxing ring. It explores themes of faith, identity, gender and resilience against the backdrop of a world scale international sporting event.

‘Bam Bam’ is a character who defies definition. She turns stereotypes on their head. She is emotionally intelligent and insightful, and willingly reveals a guts and all portrayal of herself. She shamelessly seeks attention, but she uses it to further an agenda that is not just about her, but also to speak up for minorities. She is passionate and dynamic, and with every knock down she gets back up to fight on.

This is a tough and fiery film, but it is also gentle and soft. Parallel to the aggression, is a compassion that shines through. A fluid moving image, crashing in and out of focus. Soft, cool colours, contrast with the hard bright lights of the fight, the auditorium, the performance. Boxing is an art form, it is not just blood, sweat and tears, it is also a dance of passion and finesse. Just you and your opponent, in the ring, it is as much a romance, as it is a fight.

Through interviews with our subject, and her family and friends, we reach into the heart of who ‘Bam Bam’ is, her hopes, her dreams, her disappointments. We step into the past through family photos, understanding the elements that helped create who she is today. Through transcripts and interviews we reconstruct her 2012 drug ban, the animosity in her relationship with Boxing Australia and reflect upon the biases that fuelled this ongoing antagonism, and its impact upon her career. Using personal video diaries we witness her missing critical opportunities, we see her restructure her goals, and seek to make the best of obstacles with determination to keep going.

This film adopts a biographical observational style, telling the story through Bianca’s eyes, but also turning the mirror back on her. This is a beautiful, gutsy and inspiring film that challenges stereotypes, and encourages the audience to honor the dream in all of us to overcome and to prove that we can. It challenges us to embrace the fear of our failings, our successes and fear of ‘the other’. Because only then will we truly be free to walk our dreams. 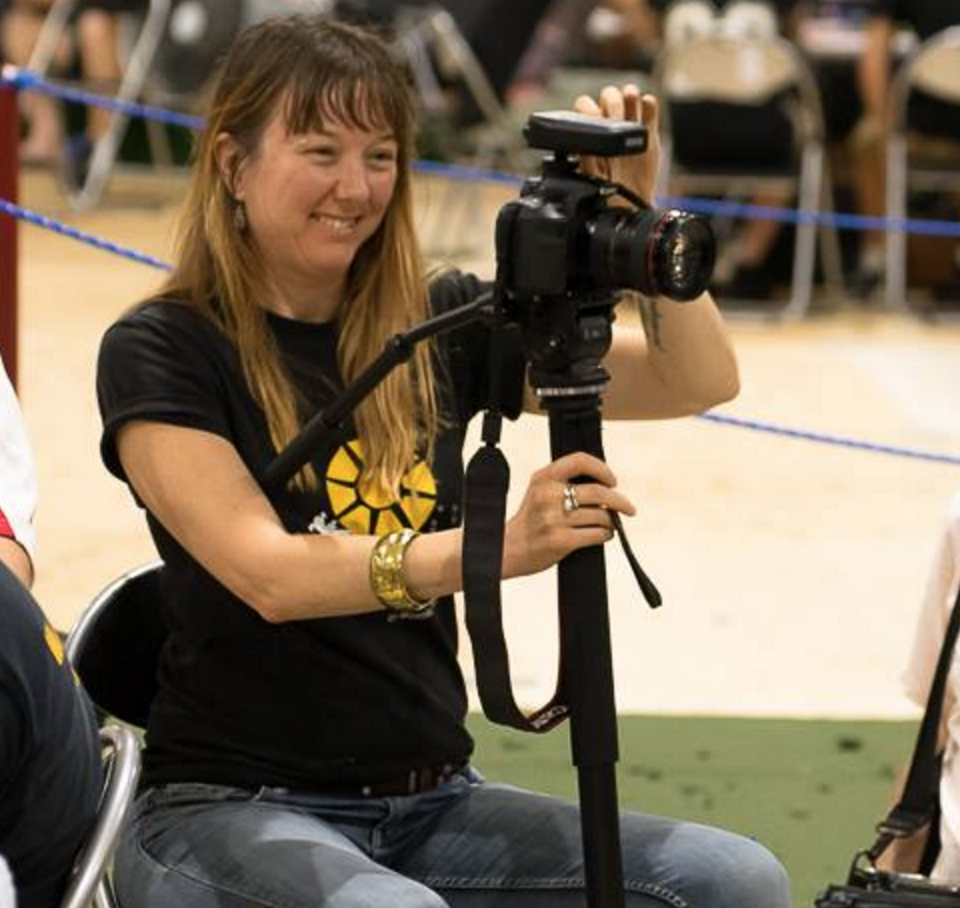 Jemma van Loenen is a writer and director based in Melbourne, Australia. Hailing from an extensive Social Work background, Jemma subsequently undertook studies in Screenwriting at RMIT, and Documentary at Open Channel. Her films have screened across the globe winning awards for Best Drama, Best Film and Best Screenplay. Most recently her feature length documentary Bam Bam (2018), won Best Documentary at Lady Filmmakers Festival (USA), the Award for Excellence at Scandinavian International Film Festival (FIN) and the Merit Award at Docs Without Borders (USA). Jemma also loves to write children’s fiction and is currently in development on a chapter book series The Magnificent Mr Pants, which follows the adventures of a newly arrived cat at his Forever Home.

“…an absorbing story of an athlete dedicated to their sport, a portrait of an individual fighting for, and fighting against herself.” - Anthony Frajman, FilmInk

“A serious inspiration in the art of living in your truth… a must see for all rebels and artists.” - Keisha Castle-Hughes, Actor (Whale Rider, Game of Thrones)

“An empowering film… an authentic following of an athlete trying to be her damned best.” - The Docs Factor Podcast 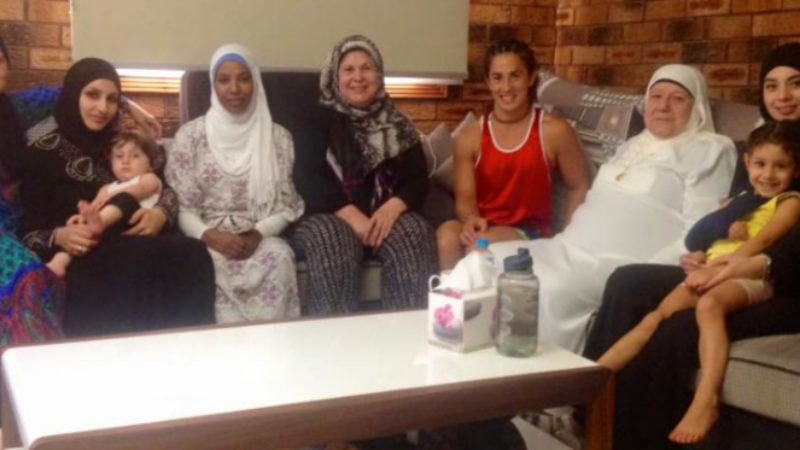 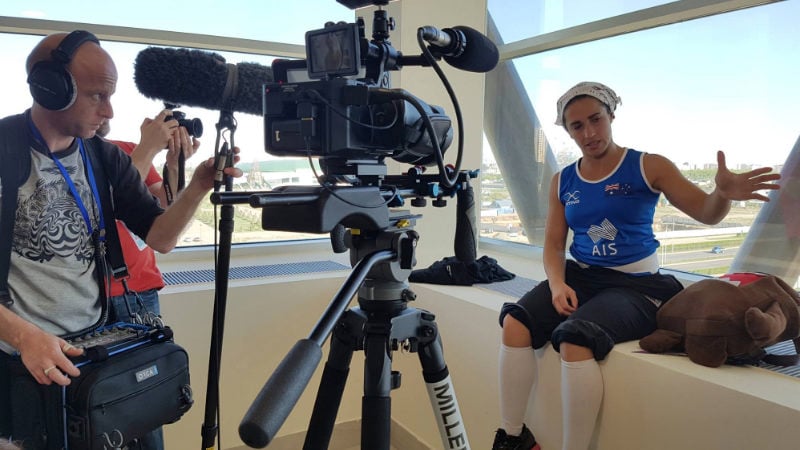 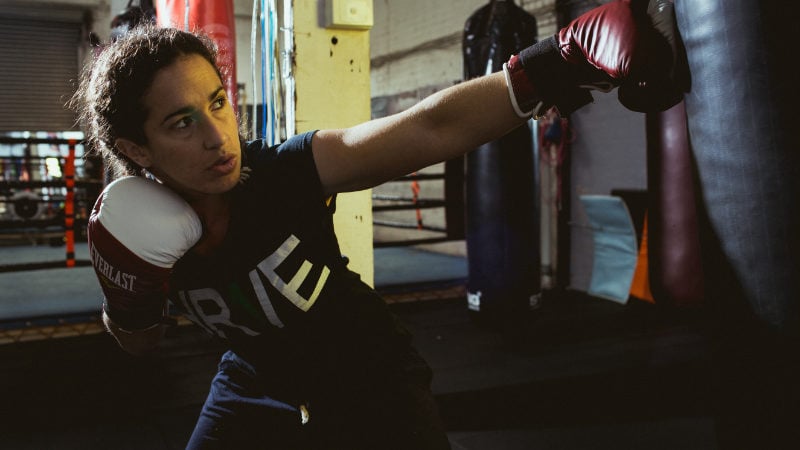 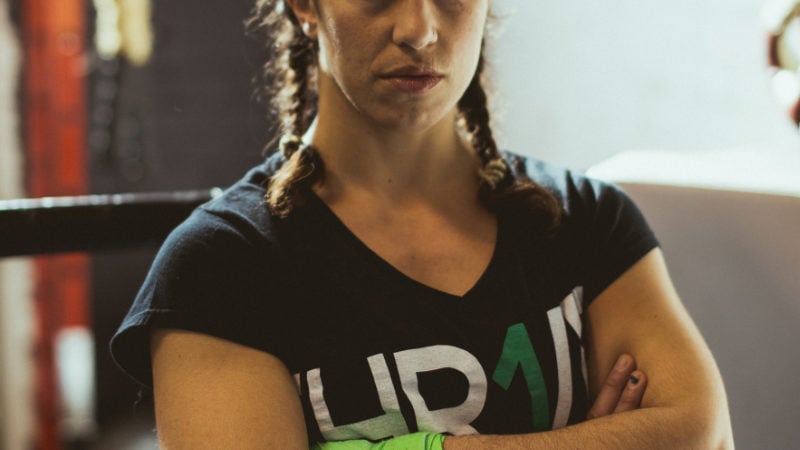 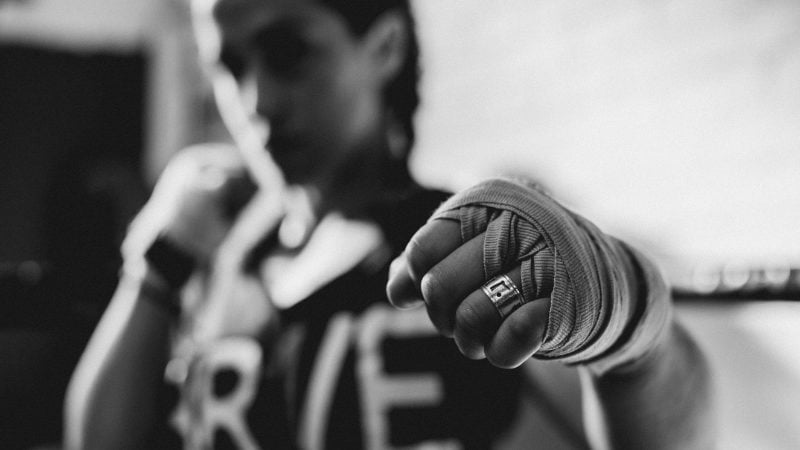