HOW TO CONSTRUCT YOUR FILM FOR FESTIVALS AND DISTRIBUTION…
by Benjamin Oberman, CEO – Film Festival Flix

Viewer habits have changed. If you want your film to have a chance to break out, here are five elements you need to be aware of… I could not have built the distribution system I have without having spent 14 years producing, but I sure wish I had the knowledge I have now when I was producing; I would have done everything differently. The world has changed, festivals have changed, and viewer attention span has changed. It’s important to understand how the world works to give your film the best opportunity to succeed in the marketplace.

You ask… How can major festivals process 10,000 submissions each year? What do distributors look for in films? Below are five points to consider when developing the structure of your film to help you with the festival process, distribution process, and building trust with your audience. 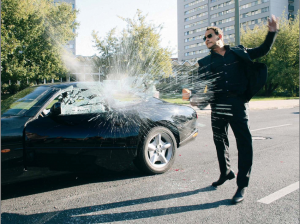 1. Festival screening committees watch 2-5 minutes of each film to determine if it is worthy of progressing to the second level of selection. (Protocols are being talked about to ensure all films are watched completely, but not all festivals may be able or willing to institute such practices.) To be noticed, you must have something good happen in the first five minutes. You have a very short window of opportunity to engage your audience. This is often why you see selected films start in the middle of the story, go back to the beginning, and proceed to the resolution with some twist or reveal. Take a card from TV and save the title sequence for after the opening teaser. James Bond films open with big action sequences to immediately grab your attention. Marquee stars or high production value have a similar effect. For independent films, a great character can achieve this engagement.

I have seen potentially good films eliminated because they had a first class, but long animated title sequence, and were thus thrown out for mistakenly being submitted to the wrong category. I’ve also seen them eliminated because of long title card sequences on black over music. The committee had no idea what the film was about and didn’t want to take more time to discover. I’ve also seen films eliminated because the characters and story were not clearly introduced within those first few minutes. You have one chance to make a first impression and immediately engage your audience.

2. If you are submitted through a known sales agent, distributor, or are a returning filmmaker, you automatically proceed to the advanced level where they watch your whole film. Once you’re known, then you can break the rules. Sophia Coppola can break the rules because 1)She knows the rules 2) She has recognizable stars in her films 3) She has built trust with the audience. Jason Reitman and Kevin Smith have done the same.

3. At Film Festival Flix we watch thousands of films per year to find a dozen we’ll release in theaters and a couple dozen more straight to VOD. We watch each film for 10 minutes. If it’s good we watch to 20 minutes, and if still holding strong we watch to 30 minutes. If you’ve made it to 30 minutes, we watch the whole film. 99% of the films we watch have already been approved by film festivals and we still eliminate 95% of submissions. So what are we watching for?

4. Combining character and story… Your story should take us on the journey with your characters. If you’re not familiar with the work of Joseph Campbell, I highly recommend you take the time to become familiar with “The Hero’s Journey”. This character path can be expertly applied to all genres. I want to experience the call to action, the resistance, the fear of the unknown, the challenges encountered along the journey, and the transformation of the characters as they achieve or fail at their objectives.

5. Killing your babies… The most difficult element to overcome is realizing that some of your best action sequences, fancy crane shots, funniest jokes, and scenes with the marquee star you had on set for one day, may best be placed on the DVD extras. If the scene doesn’t advance the character or story, it must be cut. In Peter Jackson’s “King Kong” they spent so much time on the non-relevant 45 min dinosaur chase scene that I thought they might have decided not to go to New York City. There are no visual effects scenes worthy of removing us from the story. We know it’s not real and quickly lose interest. The same applies to jokes.

You don’t need to have marquee stars, big budget action sequences or visual effects to break out. Look at “Once” as an example. The production quality was low, the stars were unknown, the film had no action or visual effects, but it had great characters, great music, and a great story that never deviated. Take the time to really think about every single scene, line of dialogue, and character action. If you want to play the game, then you need to know the rules.

Award-winning director, Lawrence Johnston was asked what he thinks of writing, directing, producing, and editing your own film. He responded, “I think you’ll have a film that is too long, too confusing, and not interesting to anyone but yourself.” Your audience doesn’t know the backstory to your film and characters nor do they know all that was cut. There are very few people who have the objectivity to cut their own work. You need to have fresh eyes to ensure that your film grabs people, makes sense, and paces correctly. Studios spend a lot of time testing audiences. You should too, even if it’s your family or peers. Get people who will be honest. Watch them not your film. If they’re fidgeting, checking their watch, their phone, etc. take note!