Synopsis: Helen and René, former lovers, have not seen each other in a year. Their past,
present and future collide when they meet again on a balmy day in Brooklyn.
Will their memories and expectations reignite their love?

I once asked my mother is she ever had an affair while married to my father. She responded, “it was a different time back then.” It was Paris, the early 50’s. As it turns out, she did have an affair. After her death in 2010, a close friend of the family confided in me that my newly married mother had had a torrid love affair with a French composer and almost had a child with this man. She miscarried. I was intrigued and surprised, but was not upset.

Hearing about my mother’s past ignited my imagination and inspired me to write LULLABY TO LOVE. I wanted to write a story about regret, trust, and the choices women make surrounding having or not having a child.

LTL is fiction, but grounded in various aspects of both my life and my mother’s. I realize now that I was unconsciously processing the parallels between myself and my mother, and the many reasons why I never had children.

It is also a universal story about love and motherhood. We have always been faced with the complicated dynamic of balancing work, love and family. And, we have all been in relationships where we have lied or chosen to hide the truth for various reasons and lived with the choices we have made, the repercussions and the regrets that may or may not remain.

LTL was also made as a proof of project for the feature film I wrote entitled,
STILL LIFE. I wanted to showcase my directing and storytelling skills and create a calling card for the extended story. During the festival run of LTL I would like to make connections with producers and artistic collaborators to move the project forward.

I hope my film will spur audiences to reflect on their lives, their passions and the choices they want to make going forward. 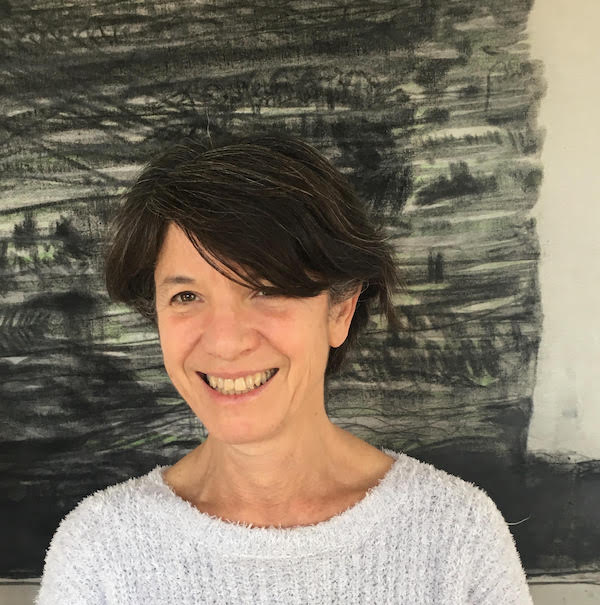 Gabrielle Lansner is an award winning filmmaker, choreographer, and producer whose work is influenced by her background in choreography and performing. Lullaby to Love is her first short narrative film that she wrote and directed.

She is also in the early stages of development for her first narrative feature film, STILL LIFE, which she has penned as well.

Her most recent film, the birch grove, 2015, had a successful festival run, screening at the Newport Beach Festival, the Cannes Short Film Corner, and Dance on Camera at Lincoln Center, to name a few. The film won the Grand Jury Prize and Best Experimental Film at the Underexposed Film Festival in Rock Hill, S.C.

Lansner’s, THE STRONGER, 2012, premiered at the Cannes Short Film Corner and screened at over twenty festivals, including Lady Filmmakers, Interfilm Berlin, Festival International du Film sur L’Art Montreal, and the Female Eye in Toronto, to a name a few. The film received Best Artistic Director Award from the Lady Filmmakers Festival in LA, the Award of Distinction from the Open Stage Festival in Poland, and was nominated for Best Experimental Film at the Female Eye Festival and Best Cinematography at the VisionFest Festival in NYC.

From 1997 to 2009, she was the Artistic Director of gabrielle lansner & company, a critically acclaimed dance/theater company based in New York City.