Synopsis: Like many people during the Covid lockdown, Ambers lifestyle has already become much more complicated. She wears her mask, does her best to social distance, watches what she eats, and likes to take an invigorating run in the old cemetery away from people.
However an ominous stranger has taken a dangerous and unhealthy interest in her, and after a deadly game of cat and mouse, blood will be shed.

This project seemed to write itself, as we tried to cope like everyone else with the Covid 19 virus, and all the restrictions and lockdowns that came with it. We wrote it as we took exercise at strange times of the day, so as to not encounter too many people. These experiences and emotions that we felt started to inform the film and our characters.
We felt many emotions, isolation, fear, and paranoia about contact with strangers. We all had to deal with sudden shortages and difficulties with obtaining food. So, we wondered how these extreme changes in lifestyle might effect someone already living a stealthy existence.
As we began to write, we realised what a rich set of circumstances this might be seen from that perspective, and we wanted to allow out character Amber, an inner voice, that echoed many of our own fears and complaints. However, with her they come from a different perspective than ours, so as the story opens out we have to constantly re-evaluate the situations that we see. What would happen when a predator, meets another predator, but is totally incapable of realising until it’s too late. A dangerous cat and mouse game.
It is very important for us that the audience connect to the characters through their eyes, the windows to the soul. We focus on the idea of being watched, making voyeurs of us all spying on other people’s lives.
Colour language plays a big part in this, from the cold streets of London to the rural setting of the cemetery. Ambers slick and modern running gear jarring the landscape and subtly signaling that she is very conscious of both attracting and warning equally.
This will be a tale that builds dread, not a bloodbath, however the scares, shocks and twists build to create an unsettling finale. To enjoy it to the full, the audience must stay alert. 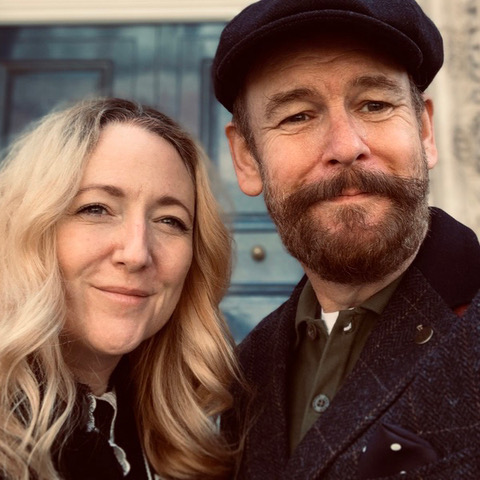 Dave Elsey & Lou Elsey are a formidable team who have demonstrated an extraordinary ability to create memorable characters using make up, animatronics, special costume and now film. They are best known by genre fans for their work on the sci-fi TV series Farscape, and as Creature Shop Supervisors for Star Wars: Episode III Revenge of the Sith, where they were responsible for bringing to life all of the animatronics and prosthetic creatures, which garnered an Academy Award nomination for Dave Elsey for Achievement in Makeup. Between the two, they have worked on such films as Hellraiser, Little shop of Horrors, Black Sheep, Indiana Jones and the last Crusade, Braveheart, Where the Wild Things are, X-Men First Class. For The Wolfman, Dave won an Academy Award for achievement in makeup, and he is a member of the Academy of Motion Picture Arts. Other work includes: Disney’s hugely successful live action, Beauty and the Beast, directed by Bill Condon, and Dracula by Steven Moffat and Mark Gatiss.
As a creative partnership, Lou and Dave’s contributions to genre filmmaking, and storytelling are considerable, resulting in a rich history of memorable movie, and television characters, as well as crossing many creative disciplines within the medium, such as makeup, prosthetics, props, sets and costume design. Now, together, they are expanding upon those experiences by writing and directing for themselves. Their suspense horror short film ‘Keep the Gaslight Burning’, has screened at many international film festivals including, Sitges and LA shorts, and won several awards for best short film from, Women on Horror International Film Festival, and Burbank international Film festival to name a few. The film is now available to view on Amazon Prime.