Synopsis: Filmmaker Christina Zorich follows abolitionists throughout Southeast Asia that have dedicated their lives to rescuing, rehabilitating, preventing, and prosecuting those involved in human sex trafficking.

I have been on an Odyssean journey since I first became aware of the existence of human sex trafficking. It was a life-changing event that has affected many of my decisions and the very direction of my life since.
I was an actress, and of recent, an acting teacher. Independent directing and producing projects had come my way from my work in both fields. Then, I sold my property in New York City and spent a year uncovering what to do with the money from my sale. The New Abolitionists came into being, slowly. I studied, investigated, and learned from activist missionaries who were giving everything to see an end. At that time, I believed I had joined a fight against human sex trafficking. Now, I believe “the fight” is against so much more. Lies, wounds and trauma have blinded our vision of the deep stains that exist on our humanity. These stains have existed for centuries, causing great suffering from one generation to the next; parent to child, woman to woman, man to man, man to woman…and back again…
With this film, I set out to not only expose the causations of trafficking, but to reveal practical solutions. My hope is that following these brave abolitionists and their organizations will inspire others to join the fight in whatever way they can, small or large.

The New Abolitionists is beyond a “passion project” for me.

For the past 30 years, I’ve been a working professional actor, acting teacher, director and producer. I’ve taught and performed in some prestigious and respected theaters and training institutions on the East and West Coast; producing music videos, a web series and plays. However, my life changed in Hollywood at a Christmas party in 2012; I met Erica Greve of Unlikely Heroes.

At that time, I was almost completely unaware of the existence of human sex trafficking. I remember being dumbfounded as Erica shared with me the level of devastation she witnessed first hand of many of these young victims: young women and children. She was a registered nurse and knew that there existed no medical treatment or facilities to restore these victims in need of substantive aftercare treatment. She had made a decision to commit her life to building, staffing, and operating homes for these young people. And, was presently in the process of raising awareness, raising funds and filling these homes with children she and others had managed to get out of this horrific criminal industry.

I gave her all my contacts of every filmmaker I knew; I wanted to help, hoping that they would shoot footage for her NGO to help fundraise. After Erica met with my contacts, she and I spoke and she said, “Christina, all the money I raise has to go to the girls.” Everyone had asked to get paid to shoot the footage. It was at this moment I realized: acts of service, small and large, were required to fight this fight. This is when I first got the idea for The New Abolitionists.

A year or so later, I sold property back in New York City. I made the decision to do with my money what my heart knew must be done. I began researching and investigating human sex trafficking. I began apprenticing under a documentarian. And I started shooting; traveling twice to Thailand and Cambodia with a ministry committed to eradicating human sex trafficking. They introduced me to other such like-minded abolitionists. They, like Erica, were on the frontlines of this fight. They had dedicated their lives, despite very real danger to their own personal welfare, to become true examples of my faith. And, I got to see the results; the living fruits of their efforts. They were making a difference; one life at a time! 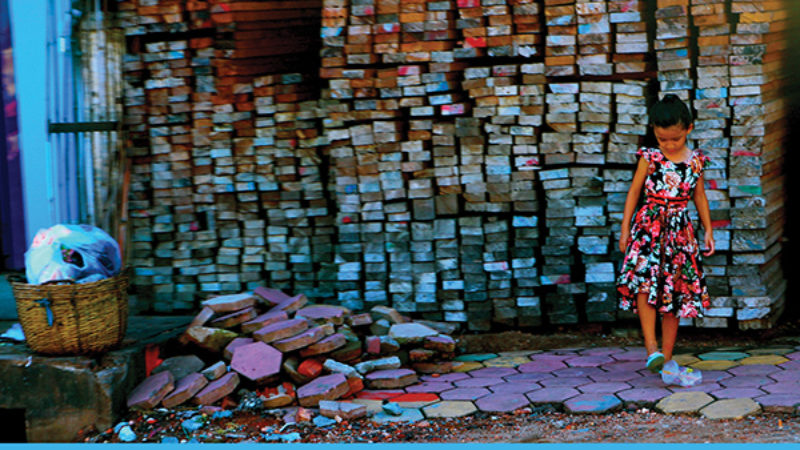 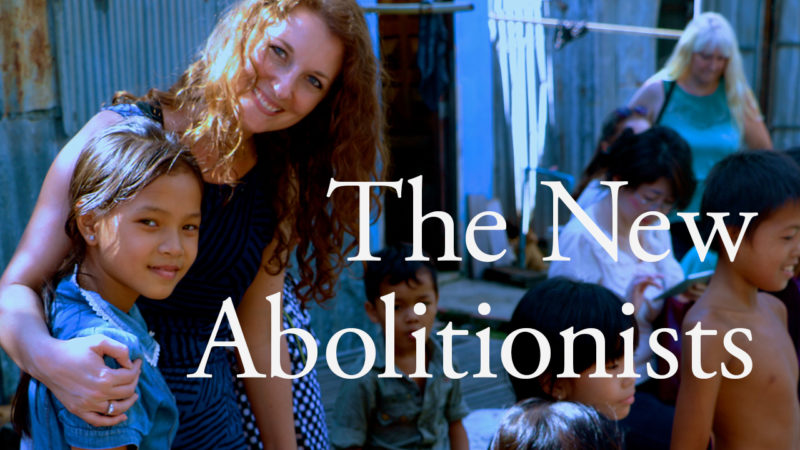